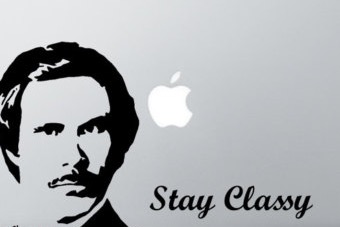 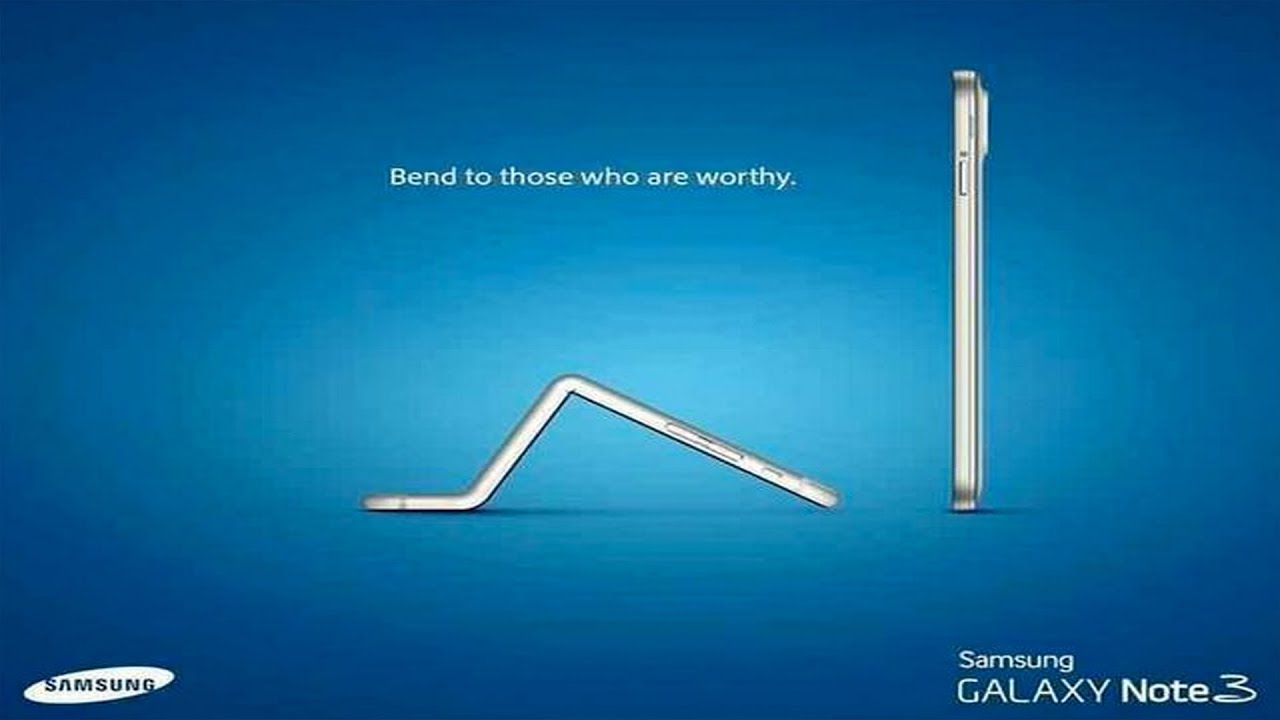 The news that the world’s last manufacturer of Videocassette Recorders (“VCR”) will manufacture its last VCR has gone around the world. 40 years after the first VHS video cassette recorder was manufactured, Japanese consumer electronics company Funai Electric – the last known company making the devices – is ceasing production of its VCR products. The company cited declining sales and difficulty in obtaining the necessary parts as reasons to cease production. At its peak, the company sold 15 million VCRs per year, which has since dwindled down to 750,000 units in 2015 (Frankly, still an astonishing number! Who knew that three-quarters of a million people still bought brand new VCRs?!).

The news caught my attention for a couple of reasons.

First of all, I was hit by a wave of nostalgia. When I was growing up, we had limited screen time (television, not tablet). My mother would record our TV shows during the week and we’d watch them during the weekend; after homework and revision, of course. Or that time when my friends discussed the first time they saw what was on the tapes dad had hidden away. 😉

I also remembered the “accessories” industry that sprouted around the VCR and VHS tapes. Who didn’t have some sort of VHS tape rewinder placed near their TV stand?

Fast Forward To The End

Secondly, I was impacted by the fact that obsolescence has claimed yet another victim. Very specifically, it reminded me about the following clip from the movie, Other People’s Money, starring Danny Devito.

The bit when “Larry the Liquidator”, talked about obsolescence with the example of “the last company around […] that made the best goddamn buggy whip you ever saw” is especially powerful for me.

This company is dead.

And do you know the surest way to go broke?

Keep getting an increasing share of a shrinking market. Down the tubes. Slow but sure.

You know, at one time there must have been dozens of companies making buggy whips. And I’ll bet the last company around was the one that made the best goddamn buggy whip you ever saw.

I turn to this scene time and time again whenever I think about my career or the brands I am working with (see: “Brands Will Last Forever… Right?” and “A truly innovative agenda and prepping for jobs that do not yet exist“).

Sometimes, it’s not just about product excellence or an endearing (even enduring) brand. Or, if you think about it from a career perspective – it’s not about your productivity or your personality.

It’s about whether you can successfully adapt to defend your place in this world.

Or, as General Eric Shinseki, former U.S. Army Chief of Staff puts it: “If you don’t like change, you’re going to like irrelevance even less.”

This was making its rounds on social media – clearly, as a testament to the viral nature of project.

Suumo is the biggest real estate information agent in Japan. Suumo was looking to build brand leadership when its agency HAKUHODO Kettle Tokyo challenged the company to meet the needs of a very unusual customer – the hermit crab.

The resulting initiative was called, “Shell We Move?”

The initiative was a collaborative between Suumo and Tokyo University of Marine Science and Technology to develop the perfect house for hermit crabs; especially since suitable seashells for hermit crab use were dwindling in Japan due to environmental degradation. The resulting solution was not only effective for the brand (increased purchase intention for the brand to 120%), it was also a useful and impactful, environmentally-friendly solution.

The alignment to the brand proposition was perfect – hermit crabs are famous for being the “masters of living,” who keep seeking the comfortable houses throughout their entire lives. Suumo was then poised to provide new comfortable houses for some of the most challenging customers in the world – and even turn them into unwitting brand advocates.

A short version of the case study (in English) can be viewed here: 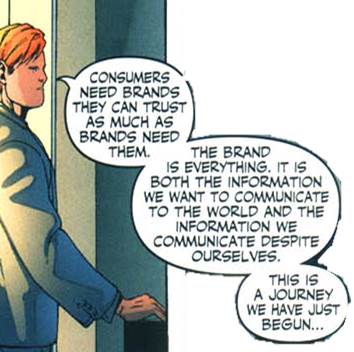 As a comic-book fan, I never thought I’d take away a business lesson from comics – but here you go!

This came from WildCATS 3.0 issue 1, written by Joe Casey:

(For a good analysis on the Casey’s under-appreciated run on WildCATS, read this: WildCATS 3.0: A Look Back at a Comic Too Far Ahead of Its Time) 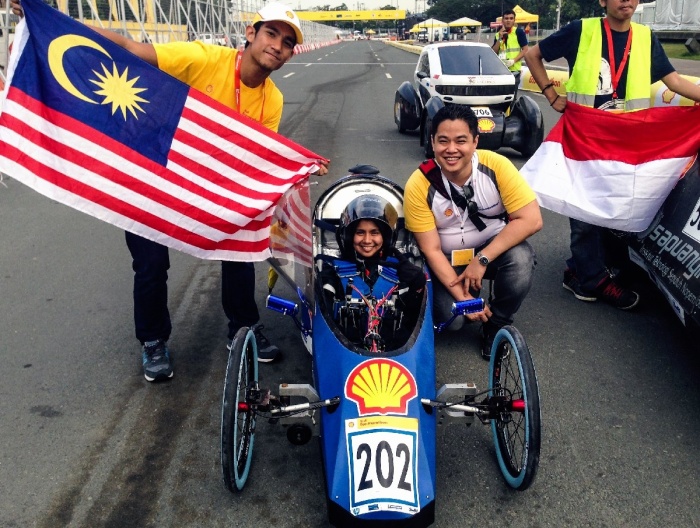 I just came back from my favorite initiatives Shell has when it comes to engaging young people for the future of energy: The Shell Eco-Marathon. This is my second tour of duty for the Eco-Marathon – a unique race about going farther, not the fastest; using the least amount of fuel.

It’s a truly unique and inspiring event – I’ve met some of the most passionate and intelligent young people Asia has to offer when it comes to science, engineering, innovation and technology as they stretch the boundaries of fuel efficiency in a real world urban environment.

I was especially impressed by Team UiTM Eco-Planet, who emerged as champions of the UrbanConcept Hydrogen Fuel Cell category for the third time in a row. This year, they debuted a 3-D printed car that was assembled from 120 individually-printed parts, with each part taking approximately 10 hours to complete. They told me they only had a small, office-sized 3-D printer, which meant that they spent over 1,200 hours printing the individual parts which was later assembled together when they arrived in Manila!

The other fun bit about the Shell Eco-marathon is the Energy Zone, which allows visitors to experience activities and games that explore the future of energy, cities and sustainability.

One of the most #fun activities in the @shell_ecomar fan zone is the "Salt water" #car #race. From a free model kit, you build a little car that is powered by salt water, then race it against others on a track. A mini #ShellEcoMarathon!

I often say, when it comes to marketing and communications, it’s better to do “more showing, less telling.” Hence, I really think this initiative showcases Shell at its very best – especially when it comes to inspiring hope and challenging minds about the future of energy and mobility. I look forward to the next iteration of the Eco-Marathon in the next year!

Oh #mala #fish, so delish! #yummy #food #foodie #foodpic #Singapore
Happiness is eating with enough people to order lots and lots of #yummy #spicy #Sichuan #food! Recommended, but on the higher-priced side of things. Would go again. Team 📸: @pradon
One last hurrah before Momma heads back today! 😭😭😭 Mee Yoke/Prawn Soup Noodles. #food #foodpic #noodles #yummy #mymomcooksbetterthanyourmom
#ChineseNewYear Day 1 feast: steamed tiger grouper in soy sauce, salted egg prawns, stir-fried crispy roast pork, steamed chicken, abalone and mushrooms, and a side of waxed meat rice (lap mei fan 臘味飯) - because mom decided to flex. Not pictured: The Wong Chicken family homemade-from-scratch chicken rice and chili. Gong xi fa cai! 新年快乐! #mymomcooksbetterthanyourmom
Wishing you and your loved ones, top-RATed health, acceleRATed prosperity, commemoRATed success, and celebRATed merriment in this year of the Rat! 恭喜发财, 新年快乐, 身体健康, 万事如意! *The baton has been passed: this year's yusheng 鱼生 decoration by @findsueanne. #GongXiFaCai #ChineseNewYear
Momma's in #Singapore for #ChineseNewYear, and #food times are a'rollin' again! #Lunch today: #Chinese-style #nasilemak (non-halal edition) with spice fried chicken (ayam goreng berempah), luncheon meat, prawn sambal, and all the usual fixings! #mymomcooksbetterthanyourmom #yummy #foodie #foodstagram
Ohai, Ikan Bakar Jalan Bellamy! It's been a while since we hung out at your off-the-beaten-path locale, nestled behind the corner national Royal Palace. Pic 1 is the "polite plate" - with grilled catfish, stingray, and squid. Cucumbers added, more for color than anything else. 😁 Pic 2: The hotplate where the magic happens - a smorgasbord of various fresh, marinated fish and seafood grilling in banana leaves. Pic 3: #Lunch topped off with proper teh tarik. #MalaysiaBoleh #Malaysia #yummy
Amazing premiere night for #TheGhostBride, pulled off by our #Netflix events team - truly one of the best I've ever had the pleasure of working with! (And yes, I am willing to try and eat anything once; even underworld brains and eyeballs...). I've watched the first episode and look forward to all the episodes dropping on 23 Jan 2020! #Malaysia #MalaysiaBoleh #PR #worklife #ilovemyjob
#Lunch: Proper Cantonese fried #noodles (鴛鴦廣府炒 Yin Yong Kong Fu Chow) and Hokkien Fried Noodles (福建面). Because #MalaysiaBoleh. 🇲🇾 #yummy #food #foodies #foodstagram #foodie #foodpic